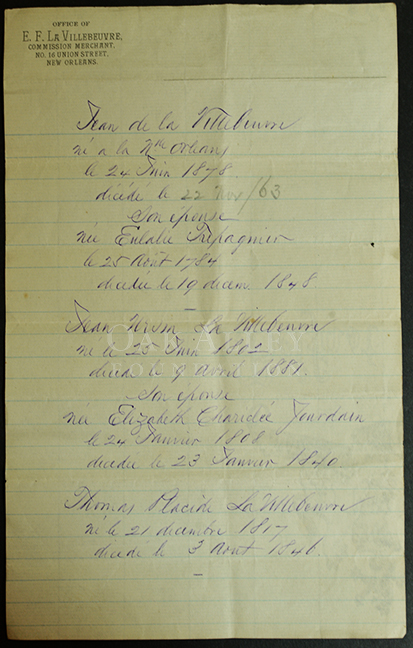 Written in blue ink and pencil on lined paper, this item shows a list of tomb inscriptions for one family, three generations, and eight people. The accession number includes two pages written mostly by one person with a final inscription added by a subsequent individual for a child who died at 10 months old. After a comparison of penmanship, his lack of inclusion in the tomb inscriptions, and his office stamp in the top, left corner, we believe that the document was indeed written by Eli Farault LaVillebeuvre. The verso of the first page shows the pencil sketch in the form of a rough grid shape.

A translated transcription is listed as follows: